FGVT at the AUTOPILOT Final Event

In the first week of February, Eugenia Rykova from the ITS Research Group (FGVT) of the Saarland University of Applied Sciences (htw saar) attended the Final Event of a large-scale three-year international project “Automated driving Progressed by Internet Of Things” (AUTOPILOT). The event was hosted by VEDECOM and PSA Motorsports on their premises at Versailles Satory.

AUTOPILOT explored the benefits of the Internet-of-Things (IoT) ecosystem applied to connected and automated driving. A number of autonomous driving scenarios were deployed on six pilot sites: Tampere in Finland, Versailles in France, Livorno in Italy, Brainport in the Netherlands, Vigo in Spain, and Daejeon in South Korea. Despite different IoT solutions (e.g., FIWARE Brocker, IBM Watson IoT Platform or Huawei IoT Platform), the interoperability in AUTOPILOT was achieved through oneM2M Interoperability Platform and Interworking Gateways, and standardization of ontologies and IoT data models.

In the first half of the day, Consortium members and European Commission representatives presented challenges and results of the project. AUTOPILOT multifacetedness was reflected in a variety of topics covered by the presenters. Among others, Rolf Riemenschneider (European commission, Brussels) spoke about innovation and digital transformation; Filippo Visintainer (CRF, Italy) presented a car as a thing in the IoT ecosystem; Ralf Willenbrock (T-Systems, Germany) underlined the impact of AUTOPILOT for connected and automated driving; Mahde Ben Alaya (SENSINOV, France) addressed both the question of interoperability and the role of start-ups on the market, Bart Netten (TNO, Netherlands) brought up the topic of user acceptance; Thomas Bonhoure (City of Versailles, France) discussed partnership with the city; and Floriane Schreiner (VEDECOM, France) summarized the scenarios involved in the project. Urban driving was the most popular scenario, tested on all six pilot sites, but the valet parking was regarded as the earliest that would be widely commercially available.

After lunch and networking break, the attendees moved to mobiLAB. Anyone interested could take a ride on a self-driving bus.

The programme included Ask-me-anything sessions with experts, static (at exhibition stands) and dynamic (live) demonstrations. All of the scenarios were demonstrated at the latter, including three scenarios of urban driving, automated and/or connected. The VTT Team (Finland) offered the audience a possibility to be a passenger of their self-driving car named Martti.

AUTOPILOT Project had brought together more than 40 partners, coming from a variety of domains, including but not limited to autonomous driving vehicles development, Information and Communication Technologies, telecommunications, infrastructure operators, data suppliers, and innovative services development and evaluation. According to François Fisher, Senior Manager Innovation & Deployment at Ertico-ITS Europe, the project contributes to both (getting more and more important nowadays) understanding of Mobility-as-a-Service and European Commission’s Vision Zero initiative on reducing road fatalities. 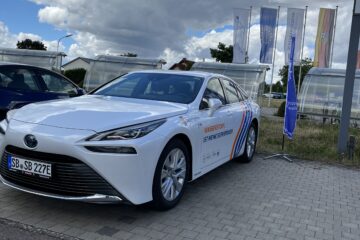 The week of #hydrogen in Saarland!

From June 25 to July 3, the Week of Hydrogen took place. FGVT was also present with hydrogen expert and speaker Carsten Adorff! During the week, the potentials of hydrogen as a sustainable energy of Read more… 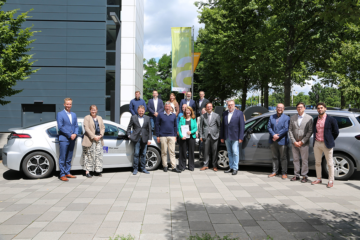 On July 1, 2022, the Vice President for Research, Knowledge and Technology Transfer of Saarland University of Applied Sciences, Prof. Dr. Charis Förster, and the Chairman of the Management Board of Autobahn GmbH des Bundes, Read more… 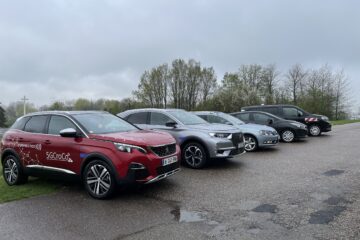 Project 5GCroCo still on the rise!