Over the past four years, the ‘TERMINAL’ research project has investigated the possibilities of automated minibuses in local cross-border public transport and prepared their successive deployment in pilot projects. The research results have now been presented at the final event of the project.

After the general conditions for automated transport in the border region were researched in the first part of the project, the reactions of the vehicles on the route were investigated in a test phase and the accompanying drivers were intensively trained, a practical test phase followed, which tested the cross-border, automated, electric shuttle service in real traffic for three months. Two Tesla Model X were used for the 17-kilometer route between Creutzwald and the “Im Häsfeld” industrial area in Überherrn-Altforweiler. The shuttle service offered registered commuters the chance to try out the new mobility concept free of charge.

During the entire practical test phase under the responsibility of htw saar, technical vehicle data was collected, providing information on when and in which situations the vehicle drove itself in autopilot mode and when it was necessary for the accompanying drivers to take control of the vehicle.

Passenger experiences and the driving experience were also collected in the form of surveys, and their analysis provided important insights into the acceptance and limitations of this mobility concept.

Automated mobility-on-demand (MOD), i.e., ride services that transport their passengers individually from one location to the desired destination, was also tested in Luxembourg. For this purpose, a specially developed modular automated driving system was installed in the test vehicle of the University of Luxembourg. In parallel, the research institute LORIA (Laboratoire lorrain de Recherche en Informatique et ses Applications) developed a reservation application for a MOD ride that allowed commuters to book a ride.

Following this, the team of researchers from the Technical University of Kaiserslautern developed new mobility concepts, analyzed their potential as well as their transferability to other regions.

“The TERMINAL project has laid the foundation for infrastructure operators to better assess what the future of automated driving means for them,” says Prof. Dr.-Ing. Horst Wieker, head of the Transport Telematics Research Group at htw saar, who has provided scientific support for the project from the beginning.

At the final event on September 16, 2022 in Creutzwald, the research partners presented the project results as well as the elaborated handbook for the introduction of cross-border automated public transport connections for transport companies. This results in a guideline with regard to requirements to be taken into account, for example, for the route, vehicles, infrastructure and legal framework.

The biggest challenges, according to the research team, lie in legal and technical implementation. Harmonization and standardization of the approval process for automated driving, for the recognition of test procedures, and the creation of transnational, uniform requirements for supervisory personnel are central to the development of automated driving, they say. In this regard, the establishment of controlled and traffic-free test tracks in the Franco-German-Luxembourg test field, in particular, could support further technical development.

“This lighthouse project provides important insights, especially in the area of acceptance conditions, which will be useful for future trials. Not only transport operators, but also vehicle manufacturers will have to meet user requirements in the process,” said Pierre Bazzucchi, deputy head of the technical regulations and vehicle approval office at France’s Ministère de la Transition écologique et de la Cohésion des territoires (Ministry of Ecological Transition and Territorial Cohesion). Jean Schiltz, Head of Smart Mobility at the Luxembourg Ministry of Economy emphasized that the good work is relevant for guiding policy making. The Federal Ministry of Digital Affairs and Transport added that the goal is to “attract new trial projects to the test bed, simplify the application processes for trials, and further increase the awareness and visibility of the test bed.”

Various companies, municipalities, public institutions and universities in the greater region participated in the project. The lead partner is htw saar.

The approximately 3 million project was funded with about 1.8 million euros by the Interreg VA Greater Region program from the European Regional Development Fund (ERDF) and co-financed by the Saarland Ministry for the Environment, Climate, Mobility, Agriculture and Consumer Protection.

Further information on the project page.

FGVT at event from Autobahn GmbH!

On October 28, the launch event for Autobahn GmbH’s C-ITS (“cooperative intelligent transportation systems”) took place at the Erkner highway maintenance facility near Berlin. In the future, the system will provide connected vehicles with early Read more… 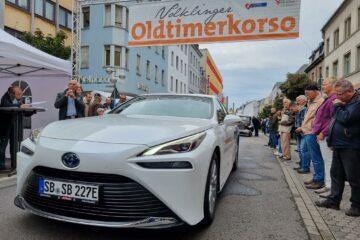 Yesterday the 20th Völklinger Oldtimerkorso took place in Völklingen! Our fuel cell vehicle, the Toyota Mirai, was also presented as a program highlight and took part in the parade. At various booths, visitors were able Read more… 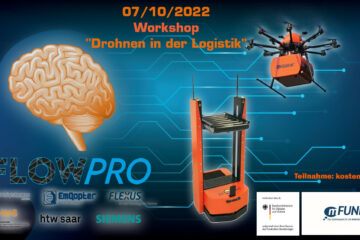 On Friday, October 7th, 2022 the free integration workshop will take place as part of the mFUND accompanying research on the FlowPro project. The consortium leader Emqopter invites you to Magdalene-Schoch-Straße 5, 97074 Würzburg. You Read more…